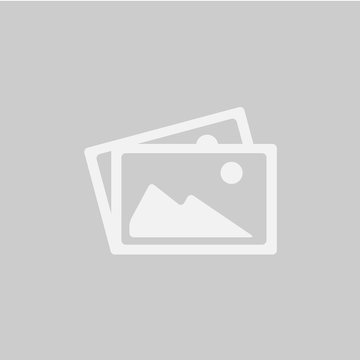 The 3 Step Recipe to Becoming a Successful Entrepreneur

There is no fixed equation for success as an entrepreneur- the good news is that you don’t really need one. That of course does not mean that the path to success has to start from scratch and progress with blind guesses. The best approach is to adopt the qualities of already successful entrepreneurs.  What is it that is common between these successful people, and what can we pickup from them that can lead us on the same path?

We here at Virtual Force have a basic recipe that keeps us on that path to success.

1 . Add the self-improvement in heap fulls :

Elon Musk ( CEO of SpaceX and Tesla Motors)  is known for being one of this generation’s greatest innovators.  His greatest talent being his knowledge on a myriad of different subjects and ability to execute his ideas.

Before Elon Musk started the SpaceX program he read as many rocketry and propulsion books as possible to learn how to build rockets.

He was once asked how he is capable of learning so much in such a short amount of time. Elon replied:

” One bit of advice: it is important to view knowledge as sort of a semantic tree—make sure you understand the fundamental principles, i.e. the trunk and big branches, before you get into the leaves/details or there is nothing for them to hang on to.”

Even with Elon’s success with PayPal and Tesla,  his new venture required new material and by accumulating the specified knowledge himself he ensured his ideas’ execution. The entrepreneur can only be as successful as he allows his ideas to become.

Successful entrepreneurs strive to learn more. A part of this is realizing that no matter how successful you are or how much you think you might know, there’s always an opportunity to learn more and work on your personal growth.

Given this, it is necessary to put aside an hour a day to work on yourself and becoming a more knowledgeable entrepreneur. Setting up a shopping application? Read up on retail! Creating technology for schools? Know how the school’s work in your region!

When Steve Jobs returned to a failing Apple in 1996, he saw that Apple was unclear on what had made them successful and great .

At a developer’s conference in 1997, Steve Jobs was quoted as saying:

Around this time, Steve Jobs had to make a lot of tough decisions to kill off a lot of the products and projects Apple was involved in. Apple’s poor management caused the company to spread itself out too thin.  By 1997, Steve reduced Apple’s product line from 350 to just 10. Steve noticed the problem early on and began to focus the company which inevitably helped Apple be the brand and company that it is today.

Successful entrepreneurs know the importance of having a direction and not biting off more than you can chew. If you have a vision, make it a priority to have it materialized.

Take time to step outside of yourself and your business and see where you have started to lose focus. Remember making one great product is better than making 10 ‘average’ ones.

3 .Pour the Perseverance all over

Arianna Huffington faced rejection after rejection when trying to publish her second book, After Reason. By the time she turned 23, she was rejected by 36 publishers before her book was finally published.

After many years in 2003, Arianna ran for governor of California in the California gubernatorial recall race. However, after seeing only 2 percent support in early polls, Arianna dropped out of the race.  It was through this experience that she witnessed the power of the internet. Two years later she learnt how ti harness this power and launched HuffingtonPost.com, which later sold to AOL.com in 2011 for $315 million.

Arianna Huffington when asked about her success said :

“My mother said failure is a stepping stone to success.”

One must look at failures and roadblocks as learning experiences and stepping stones. Remember that if it were easy, everyone would do it. Set yourself aside from the rest.

Don’t worry if the recipe doesn’t work for you on the first go. Perhaps starting with the step that resonates with you and your situation is the way to go!